Climate Change and the Philippines 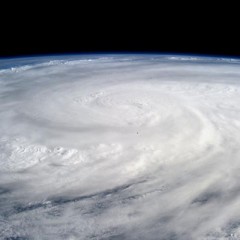 In light of the biodiversity agenda, Dr. Juan Pulhin, Dean of the College of Forestry and Natural Resources of the University of the Philippines-Los Banos, cited the Fourth Assessment Report of the Inter-Governmental Panel on Climate Change (IPCC), which states that up to 20-30% of the planet’s biodiversity resources may be wiped out within the next 30 years if there will not be enough necessary adaptation and mitigation strategies put in place to curb the impacts of climate change.

Dr. Pulhin presented this sample scenario to illustrate his point: While resulting increases in precipitation due to global climate shifts will benefit the country’s rainforests, it is likely that the other effects of climate change on lowland populations (say, flooding or rise of sea levels) will force farmers them to move upland and encroach upon natural forest ecosystems. This will accelerate usage and consumption of the natural resources and ecological services of the upland forests, while displacing native species. As established in the discussions under the topics of Ecology and Biodiversity, the linkages between all living and non-living components within the biosphere will mean large-scale loss of life in a biodiversity-rich country such as the Philippines if the climate change phenomenon is not provided adequate attention.

Needless to say, climate change impacts countries not only in terms of the biological and biogeographic dimensions. Its repercussions cut across sectors and are expected to adversely affect the economic and even the political arenas.

In early November 2013, risk assessment consultancy firm Maplecroft released its Climate Change and Environmental Risk Atlas for 2014, which summarizes quantifiable data on climate change-related vulnerability based on country-by-country analyses. The Atlas – which also covers environmentally critical matters such as natural resource security, emissions and waste, ecosystem services, and environmental regulation – ranks the Philippines as one of the ten countries most likely to suffer the consequences of the increasingly warming global climate by the year 2025 in terms of economic impacts. This map identifies the countries that are most likely to suffer from the harsh impacts of climate change by 2025. The Philippines counts among them, ranking ninth out of the ten most vulnerable. (Source: Maplecroft)

The Philippines is the ninth most vulnerable to the adverse effects of climate-related events, based on these criteria, according to the Maplecroft study. On the global scale, 31% of the world’s economic output, based on the most threatened countries, is anticipated to be affected by extreme climate-related events, such as storms, flooding, and drought. It is worth noting that the countries that are most at risk of suffering from climate change are emerging markets. Is climate change to blame for November 2013’s super-typhoon, Haiyan/Yolanda? The debate rages on, but the increasing frequency and intensity of extreme weather events may be reason enough to err on the side of caution. (Source: NASA/ISS/Karen Nyberg)

The analyses behind the vulnerability index in question evaluated three critical factors to determine the level of risk of climate-influenced changes in the socio-economic picture. These factors are:

Research findings such as these continue to create awareness about climate change-caused risks and more importantly, add a sense of urgency for the necessity of climate change-related policy and governance measures.