The NEA was derived from the results of the Foundation’s Regional Environmental Agenda (REA) discussions, a series of grounded and community-based consultative processes which involved FPE’s partners (civil society organizations, cooperatives, volunteers, and people’s and indigenous people’s organizations). These meetings drew out the regional (Luzon, Visayas, and Mindanao) perspectives in environmental protection from the participating members, and also solicited input from the Foundation’s Board of Trustees, Regional Advisory Councils (RACs), and staff. The national agenda was formally established in 2011.

Mining was identified as the top priority issue in the Luzon and Mindanao REAs and ranked second in the Visayas. Indeed, legal or otherwise, aside from being a primary contributor to the degradation of the country’s forest cover, it also results in the displacement of and discord among local indigenous communities.

The Foundation is therefore pushing for the critical review of existing laws and policies covering the mining industry, as well as the independent monitoring of mining concessions and violations of mining-related environmental laws. In addition, the adoption of a “people’s mining policy” through an alternative to the Philippine Mining Act of 1995 (RA 7942) and the enactment of the Mineral Management Bill for a Philippine Resources Act are being pursued in terms of legislation. 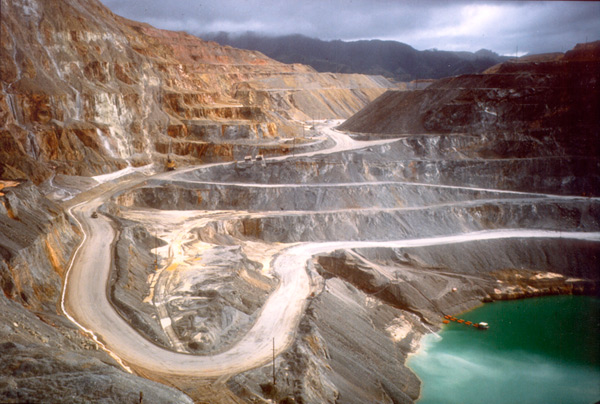 The 1996 Marcopper Mining incident in Marinduque remains one of the most telling illustrations of the inherent risks involving the mining industry. (FPE file photo)

Like mining, logging ranks among the top two key issues across Luzon, Visayas, and Mindanao, due to its long-running destructive and unsustainable impacts upon the nation’s ecological resources. Further worsening the situation are inadequate legislature and legal enforcement of existing forest protection policies that enable illegal and indiscriminate loggers to take advantage. 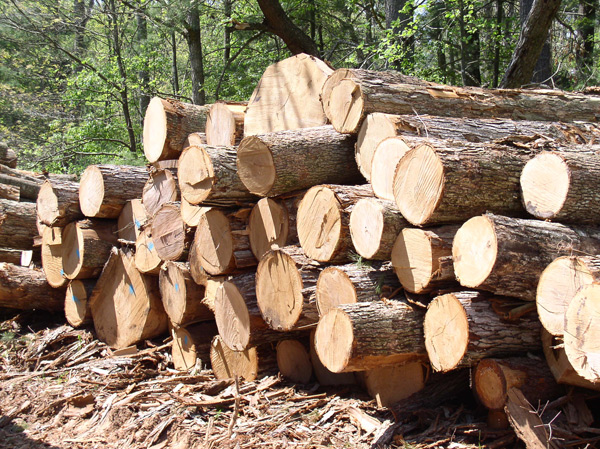 Moving to curtail the destruction of forest cover will do wonders in preserving the ecological services upon which biodiversity is dependent. (FPE file photo)

The assessment and documentation of tenurial instruments, existing logging concessions and forest cover quality, as well as the review of laws, ordinances, and instruments/implementing rules governing logging activities are cited as key actions to undertake. In light of these, earning the support of people’s organizations and local government units in patrolling forests as well as the prosecution of offenders of environmental laws are necessary. The halting of large-scale logging operations and the issuance of new or extended Timber Licensing Agreements (TLAs) are also recommended. 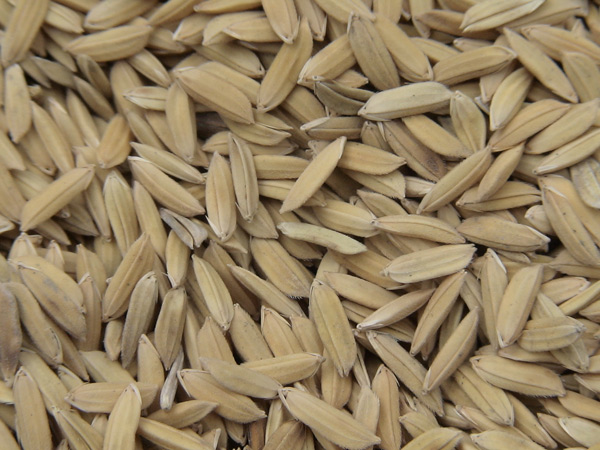 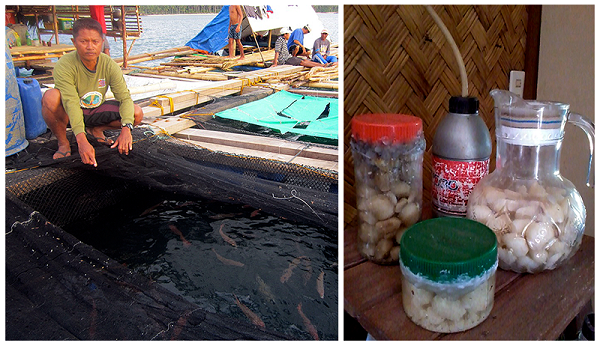 The emerging trends involving genetically modified organisms and other unsustainable agri- and aquaculture practices threaten long-term productivity across all regions of the Philippines. It has been agreed that the inventory and improvement of marine protected areas (MPAs), the proper implementation of the National Organic Agricultural Act of 2010 (RA 10068), the review of the Philippine Fisheries Code of 1998 (RA 8550), and the opposition to genetically modified crops and plantations must be ensured moving forward. There is a call for a paradigm shift in favor of organic agriculture and crop diversity (as opposed to monocropping) with practitioners sharing best practices and technologies especially in the grassroots level.

FPE has also identified renewable energy as a key point of focus in its national agenda, in tune with the global clamor to pursue options that mitigate the contributory effects of fossil fuel consumption to the climate change phenomenon. 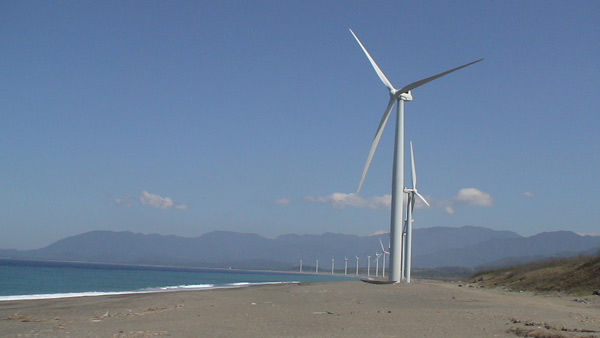 The Bangui windmills of Ilocos Norte represent a step in the right direction for renewable energy adaptation. (FPE file photo) 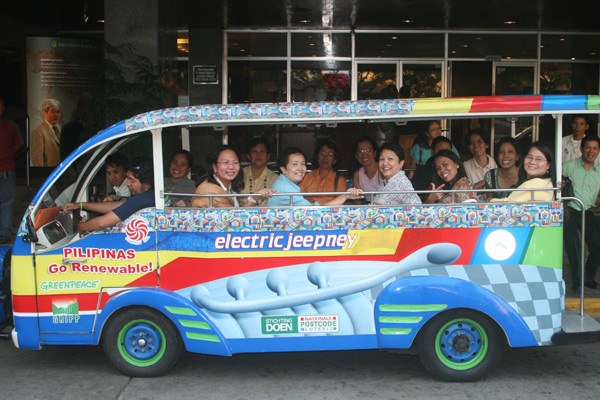 Innovations such as e-jeepneys are being promoted to help push forward more energy-efficient solutions that can instantly translate into practical benefits for the public. (FPE file photo)

The monitoring of coal-fired and other non-green energy sources, the promotion of renewable energy as a viable alternative, and the conscious reduction of energy consumption are the main recommended actions to decrease reliance on fossil fuels which are both scarce and harmful to the environment and human health.

Solid waste and air pollution continue to be a nationwide concern due to weak enforcement of already existing legislation, further leading to a lack of consciousness in responsible waste management. The results are clearly visible, and constantly worsen the disaster risk situation during typhoon season. 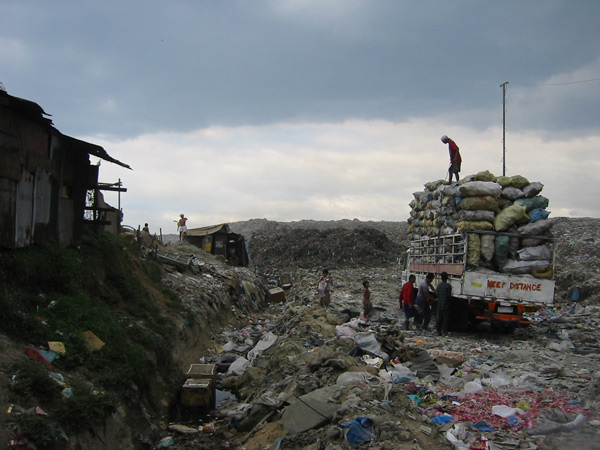 The current state of waste management in the country leaves much to be desired. (FPE file photo)

In this light, the strict and proper implementation fo the Philippine Ecological Solid Waste Management Act of 2000 (RA 9003), the Clean Air Act of 1999 (RA 8749) which espouses the principle that polluters must pay, and the Clean Water Act of 2004 (RA 9275) which seeks to protect fresh, brackish, and marine waters are the recommended actions. The three Rs campaign (reduce, reuse, and recycle) is deemed helpful and relevant in order to reduce waste and pollution. 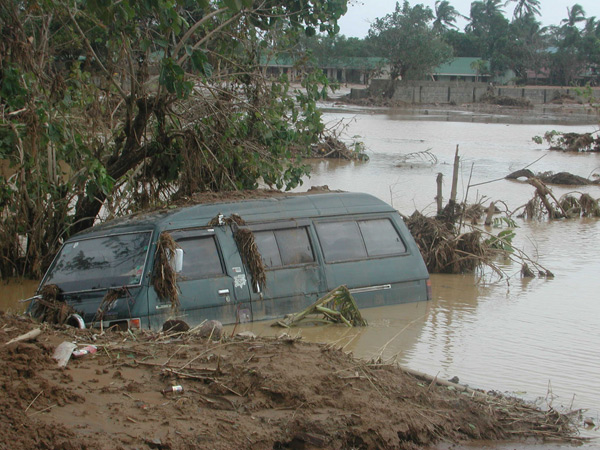 Acknowledging climate change and addressing its impacts can help lead to better preparation for weather-related calamities in the future. (FPE file photo)

If the past few years have been any indication, the impacts of climate change on weather patterns are becoming increasingly tangible as soon as the stormy season arrives. FPE proposes action on addressing climate change and disaster risk reduction as another key priority.

The support for principles embodied in the Climate Change Act of 2009 (RA 9279), advocating people’s rights to a healthful ecology, and the integration of both disaster risk management and renewable energy in policy-making have been proposed to make communities more resilient to the risks brought about by natural calamities and climate change.

As a country endowed with a rich natural resources, the Philippines has in its best interests the proper protection and sustainably managed utilization of its lands for the common benefit of local communities and the nation as a whole. 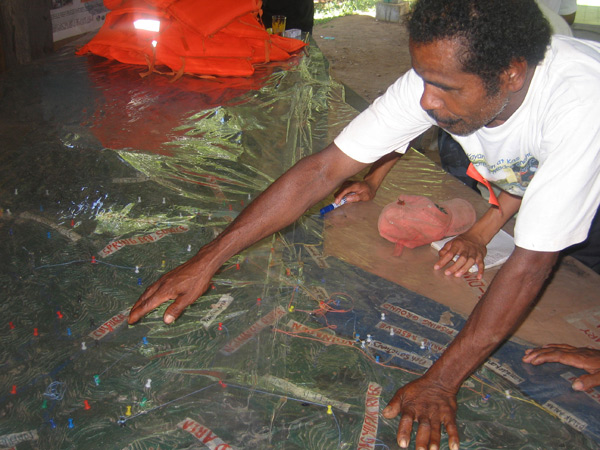 In dealing with matters of land use and conversion, considerations should ideally be examined through a multi-dimensional (economic, environmental, social, cultural, et al.) lens. (FPE file photo)

The critical review of national land use policies and the lobbying for the passage of a land use bill are two actions called for in terms of the issue of land conversion. Meanwhile, in the context of conversion of lands for urbanization, the comprehensive identification of the social, economic, and environmental costs and opportunities is also emphasized.