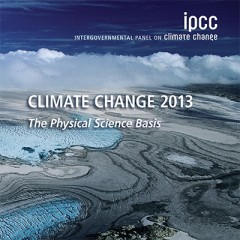 Released late September 2013, the first part of the IPCC’s (Intergovernmental Panel on Climate Change) Fifth Assessment Report (AR5) which deals with the physical science basis of the climate change debate re-established the legitimacy of the concern of the pressing environmental issue. The Intergovernmental Panel on Climate Change is in the process of releasing its Fifth Assessment Report on the global climate situation. (Source: IPCC)

Released late September 2013, the first part of the IPCC’s (Intergovernmental Panel on Climate Change) Fifth Assessment Report (AR5), which deals with the physical science basis of the climate change debate, re-established the legitimacy of the concern of the pressing environmental issue. The review, based on current existing research and literature and released every six years by the United Nations-established scientific body, affirmed speculations that human activity is the legitimate driving force behind the daunting environmental issue. A summary of highlights from the report follows below:

The IPCC AR5 confirms and emphasizes that the the global warming phenomenon is, in fact, real and expresses 95% confidence that people and their activities throughout the ages are the dominant cause behind it. Modern behavior, especially involving fossil fuel use has resulted in a 40% increase in carbon dioxide emissions, an effect sparked by the industrial revolution that has spurred the modern world economy. This has contributed significantly to the high concentration of greenhouse gases (GHG) currently keeping more heat trapped within the atmosphere than the earth could radiate back out into space.

The studies on which the AR5 is based reveal evidence that ocean temperatures are increasing (the IPCC is “virtually certain” that the upper 700m of the earth’s oceans have warmed over the past forty or so years), leading to the melting of snow and ice cover depletion at the planet’s polar regions, as well as the resulting rise in sea levels. The increase in carbon dioxide in the atmosphere mentioned earlier also contributes to the acidification of oceans, affecting marine ecosystems adversely. Meanwhile, global sea levels are expected to rise faster, and scientists are looking at a 26cm to 82cm increase by 2081-2100, depending on the GHG emissions of this century.

The observed changes in global climate are unprecedented in history, as the AR5 claims that the global temperature observed from 1983-2012 was the highest in a 30-year span since 1,400 years ago. Combined, land and ocean surface temperatures have averaged a heat increase of 0.85 degrees C since 1880. The biosphere is expected to continue to increase in temperature, with an updated figure expecting the planet to be at least 1.5 degrees C (a notable drop from 2.0 degrees C from the 2007 IPCC AR4) to 4.5 degrees C warmer.

The AR5 also addressed some key points raised by skeptics as counter-arguments against the group’s last assessment, released in 2007. Primary among these were the cases of a warming “pause” and the occurence of the “Medieval Warm Period.” IPCC argues in response to the first point that data may be misleading because the alleged pause began after an El Niño year (1998) and that a 15-year period of research is not enough to draw firm conclusions about such a pause. Meanwhile, addressing the warming phenomenon that is said to have happened in 950-1250 AD, IPCC iterated that, while comparable to the warming observed in the late 20th century, the former was more heterogeneous in scope, unlike the current warming event which is taking place across the planet, as proven by scientific data.

It is important to note, however, that while the IPCC report reveals mostly bad news at the state of the global climate, it also maintains that it’s not too late to act towards relieving the harsh impacts of climatic change on the planet and all life that it supports.

The reports covering the dimensions of “Impacts, Adaptation, and Vulnerability” (Working Group II) and “Mitigation of Climate Change” (Working Group III) have been finalized and released in March and April 2014, respectively. The Synthesis Report for the entirety of the IPCC’s Fifth Assessment Report will be released in October 2014.