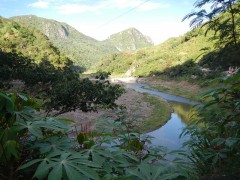 Description: The aftermath of the 2009 typhoon Ondoy left this critical watershed reserve in the limelight, drawing much attention to the denuded state of its forest cover. FPE commissioned a research effort in Boso-Boso and Tayabasan, two of the four sub-watersheds of the site, where an approach that covers both biophysical and the socio-economic dimensions was applied.