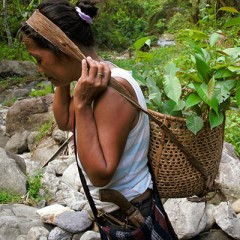 What constitutes an indigenous community conservation area (ICCA)? What makes them important to the biodiversity agenda of the Philippines? The answers to these questions were discussed insightfully by Mr. Dave de Vera, Executive Director of the Philippine Association for Intercultural Development (PAFID), with members of the FPE’s Regional Advisory Committee (RAC) in May 2013 during FPE’s National RAC-Partners Meeting.

What constitutes an indigenous community conservation area (ICCA)? What makes them important to the biodiversity agenda of the Philippines? The answers to these questions were discussed insightfully by Mr. Dave de Vera, Executive Director of the Philippine Association for Intercultural Development (PAFID), with members of the FPE’s Regional Advisory Committee (RAC) in May 2013 during FPE’s National RAC-Partners Meeting.

In his address, de Vera pointed out that ICCAs predate all forms of conservation-oriented initiatives and activities, and is thus something that everyone already knows fundamentally. He added that it bears reiterating these days that ICCAs must be “part of permanent policy and institution” concerning the biodiversity protection agenda. Enriched and enabled by history and tradition, indigenous peoples such as the Banao of the Cordillera have maintained a centuries-long relationship with their natural environment. (FPE)

Having evolved since the dawn of the earliest human civilizations, ICCAs are geographic locations that cover the “significant biodiversity, ecological services, and cultural values voluntarily conserved by indigenous communities,” primarily for their subsistence, although other cultural motivations also vary among these communities. Key to this description is the word  “voluntarily,” which stresses that the protected areas in question are not declared as such by any government or institution, but by the indigenous peoples themselves.

An outstanding aspect of ICCAs is that they were established and are governed not by any legal or political institution or ruling, but by a common understanding and level of respect within and among clans or communities of indigenous peoples.

A brief summary of de Vera’s key points follows below, but for your reference, you may click here to read the speech in its entirety.

Significance of ICCAs in the Philippines De Vera also highlighted key values of ICCAs to indigenous peoples’ groups in the Philippines, as well as elsewhere in the world. To briefly enumerate these points of significance, ICCAs:

As such, de Vera qualified ICCAs as “convergence points” for both conservation efforts and the security of livelihood for indigenous communities, who are often marginalized in modern society. They are also venues for the preservation of indigenous cultural identity.

Threats Against  ICCAs in the Philippines

While de Vera shone the spotlight on the good news brought about by ICCA-rooted biodiversity conservation, he also raised prevailing issues that imperil these traditional protection systems.

Citing the example of the Key Biodiversity Areas (KBAs) identified through the country’s National Biodiversity Strategic Action Plan, de Vera pointed out that the ancestral domains that fall within the KBAs are, by default, meant to be declared as protected areas by the government. Yet, due to the slow progress of establishing the institutions to declare these ancestral domains as such, it is the IP communities that perform the primary duties of managing and protecting these resources. De Vera also noted the example of Mindanao, where KBAs are vast and varied, and yet likewise inadequately managed through the government’s PA mechanisms.

This disconnect between national policy and indigenous peoples’ groups prevail because IP communities are generally being overlooked as the traditionally established managers of local natural resource-rich areas. Inadequate recognition and understanding of their traditional governance and resource management skills has resulted in prejudice that is denying many IP communities the opportunity to take control over the preservation of the natural resources that surround their traditional territory. Apart from political and legal discrepancies, IPs, especially the younger generations, are especially under the influence of socio-economic pressures. (FPE)

Modern economic and social pressures also continue to influence ICCAs negatively. Market economics have created stiff competition for goods and resources that, in turn, have been driving demand to unsustainable levels. Meanwhile, popular culture has been diverting attention away from traditional and natural values. These factors combine to cause many youths from indigenous communities to change their attitudes towards their natural treasures. In South Cotabato, de Vera shared as an example, B’laan youths are signing petitions that render their elders unfit to make decisions because their traditional values “are preventing development from coming in.”

Not only the Philippines, but the entire world, is at risk of losing a valuable knowledge base if the link between indigenous cultures and the environment succumbs to the pressures of modern lifestyles and value systems. “The real experts are diminishing in number,” de Vera pointed out.