Cause for Concern: The Alarming Rate of Biodiversity Loss 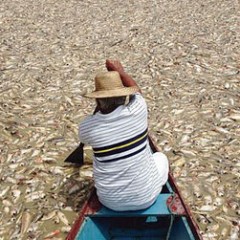 All things run their due course. There is a limit and an end to everything, including nature and its seemingly boundless and perpetual beauty and wonders, both living and non-living.

All things run their due course. There is a limit and an end to everything, including nature and its seemingly boundless and perpetual beauty and wonders, both living and non-living. The current rate at which ecosystems are being damaged and species are being lost as a result, however, is alarming.

Studies suggest that in this age, the world is losing species – those already discovered by science and those yet-to-be alike – 1,000 to 10,000 times faster than what is speculated to be the natural extinction rate . This means a loss of anywhere from 200 to 2,000 species of life every year. And this is just the optimistic perspective; the worst-case scenario sees five times more loss of life. Granted, these are highly uncertain figures due to the tricky nature of measuring biodiversity in the first place, but the conclusively recorded numbers of lost species are real and significant, and merit attention. What might be the most frightening fact, however, is that the suspected primary culprit is the human being.

Throughout history, humankind has pursued progress and development, and, for the most part up until only recently, has done so with utmost disregard for the repercussions of its actions on the environment. As such, the process of consumption of natural resources has resulted in adverse degradation and depletion. The result is rapid biodiversity loss – that is, damage to and outright destruction of entire ecological systems, as well as complete extinction of species.

The Philippines, with its renowned biological and ecological gifts, is by no means exempted from this utterly disturbing phenomenon. This country may have one of the world’s largest number of endemic species, but at the same time, it also ranks among countries with the highest count of threatened endemic species. Case in point: national icons such as the tamaraw (Bubalus mindorensis) and the Philippine eagle (Pithecophaga jefferyi) are already both classified as “Critically Endangered” in the IUCN Red List of Threatened Species.