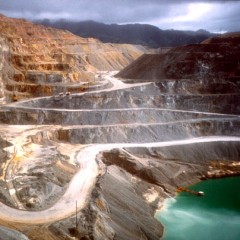 The myriad causes of biodiversity loss (see related topics below) may be tied together by a simple fact: For a long period of time – and to a good extent, even until now – people just didn’t know any better. Being clueless to the ecological impacts of their actions, human societies consume and exploit the surrounding resources too much, too fast, while not giving back enough – if at all – to help nature regenerate and recover.

The myriad causes of biodiversity loss (see related topics below) may be tied together by a simple fact: For a long period of time – and to a good extent, even until now – people just didn’t know any better. Being clueless to the ecological impacts of their actions, human societies consume and exploit the surrounding resources too much, too fast, while not giving back enough – if at all – to help nature regenerate and recover.

Such ignorance to ecological values extends from the level of the everyday citizen all the way up to the leadership, unfortunately. In fact, inadequacy or outright lack of awareness on the governance level has long been a key reason that the biodiversity crisis has prevailed and grown as a global development concern. Existing laws and economic measures often clash with the conservation agenda, serving as hindrances to the creation and implementation of newer, more environmentally sound policies.

The tricky part about getting governments to sign off on conservation-oriented legislation is that these decision-makers are not so easily convinced by statistics on species populations or speculated extinction threats as much as they are by more immediate economic gains. One aspect that has perpetuated this situation is that governments have generally limited terms of office, and are thus more pressured about realizing short-term benefits. Biodiversity conservation, along with other environment-related matters, inherently deals with considerations that span the long term, but require the decisions to be made immediately.

Another crucial dimension of biodiversity conservation is that it is tricky to assess or assign an accurate value for biodiversity in monetary terms. Considering the interrelated nature of ecosystems and the respective ecological functions of each of its biotic and abiotic components, everything within a given ecosystem is actually worth more than it’s supposed to be when taken on its own. Unfortunately people have only come to realize this just recently, and thus natural resources have been grossly undervalued through the years, contributing to the alarming rate of abuse and exploitation for the sake of economic gain.

The good news is that global perspectives on environmental policy have been shifting, further influencing national and local governments as a result. A better-informed view on the value of natural resources is being brought to light, therefore emphasizing potential long-term economic benefits over more immediate, but grossly unsustainable, gains. Global initiatives such as the UN-backed TEEB (The Economics of Ecosystems and Biodiversity) have been established to pursue studies of this nature in the hopes of providing additional measurable support for the BCSD cause. Meanwhile, the Philippine government has established a number of funding mechanisms to support biodiversity conservation efforts. Examples of these are the Integrated Protected Areas Fund based on the NIPAS Act of 1992, the Wildlife Management Fund based on the Wildlife Resources and Conservation Act of 2001, and various developmental fees and user charges implemented by the DENR, among others. It is important for the government and its partners, however, to maintain constant monitoring and evaluation to ensure the effective management and implementation of these mechanisms.

Consequently, the general public is likewise growing more aware about the environmental cause now, with discourse and material on the matter increasing in quantity and quality (i.e. support of scientific evidence) and growing in terms of its reach to public audiences via popular media and culture.

There’s still much left to do to help alleviate the stress human beings continue to place upon nature’s shoulders, but at the very least, efforts are starting to be made to attempt to keep the losses at the minimum.