Starting with the Basics: Ecology Defined 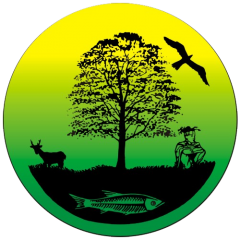 Understanding biodiversity and the efforts designed to conserve it requires first and foremost an understanding of ecology, the discipline that defines the Earth as the proverbial whole which is greater than the sum of its parts.

Understanding biodiversity and the efforts designed to conserve it requires first and foremost an understanding of ecology, the discipline that defines the Earth as the proverbial whole which is greater than the sum of its parts. Through the lens of ecology, the planet can better be appreciated as an intricate and dynamic interplay of living and non-living components, including the physical environment itself.

In as much as the Earth serves as a home to countless species flora and fauna, as well as landscapes and seascapes, ecology likewise encompasses a vast range of concepts, combining subject matter that deals with both the biological and Earth sciences. Not only is ecology concerned with organisms and their habitats, it also pays attention to the roles that these life forms play within their habitats (niches), as well as to the natural bio-geochemical cycles (water, oxygen and carbon, nitrogen, et al.) that are critical to supporting all life on the planet.

Ecology, as a field of study in and of itself, is still relatively young, despite the word’s origins that date back to the mid-19th century. In fact, it was only around the 1960s that ecology truly began to gain recognition and value as an independent, interdisciplinary field. Recognizing the wondrously complex and dynamic connections between all living and non-living components of the world in which we live is the key first step to understanding and appreciating the value of biodiversity. (FPE)

In that light, beyond the scientific definitions and concepts, ecology perhaps may best be appreciated through a more practical and more relatable perspective. Take for instance the manner by which Galang, et al. expounded on the subject of ecological principles in the 2003 publication, “Seven Lenses (or Environmental Principles as if Adults Mattered).” The authors enumerated seven core messages that explain and emphasize – in non-technical terms – why, in a nutshell, ecology and the environment matter. These “seven lenses” are as follows:

Based on these tenets, appreciating ecology ultimately means recognizing that humankind is but a small piece of a larger, more intricate picture. People may have achieved so much in terms of social structures, knowledge, and technology throughout generations, yet the planet still holds much more power – mightily creative and destructive at the same time – over them.

The seven key principles also establish interdependence and equal importance among all forms of life on Earth, regardless of size, distribution, or function. Changes that affect even the minutest organisms can create a ripple effect that could bear tremendous impacts upon greater ecological interactions, observable or otherwise. In this sense, the call for greater awareness over “ecological footprints,” especially in this age of advanced modernization and industrialization resonates louder than ever.

In addition, Earth, despite its abundant and resilient nature and sheer grandeur, has its limits, and unfortunately, all signs point to human activity being the primary force behind its premature depletion and degradation. People have the sentient capacity, and thus a role, to acknowledge nature’s wonderful abilities and worrisome limitations alike. As conscious stewards – rather than abusive masters – of nature, humans have the greatest means to appreciate as well as utilize what it can offer. Awareness and sensitivity to the present ecological situation, along with an eye keen on the future, is therefore a daunting responsibility and a humbling privilege at the same time.

By recognition and acceptance of these principles alone, people can establish a genuine and impassioned foundation for advocacy and action towards the cause of environmental conservation and sustainability.

Additional Resources and References for Researchers