Why are We Losing Species? 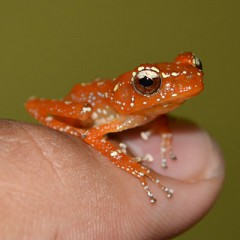 Extinction is part of the natural evolutionary process. Various species of plants and animals eventually die out (succumb to extinction) over time. However, loss of biodiversity in the modern world has become significantly influenced by factors such as habitat destruction, exploitation, and climate change, all of which have become heavily human-influenced.

Extinction is part of the natural evolutionary process. Various species of plants and animals eventually die out (succumb to extinction) over time. However, loss of biodiversity in the modern world has become significantly influenced by factors such as habitat destruction, exploitation, and climate change, all of which have become heavily human-influenced.

The encroachment of human populations on several plant and animal species’ natural habitats has been a primary agent for the loss of biodiversity. Displacement from one’s habitat leaves species vulnerable to harsher new living conditions, predation from other species, and scarcity or inaccessibility of resources required for survival. Worthy of note in this case is the heightened vulnerability of endemic species, or those that belong within a very restricted geographic area.

In the Philippines, deforestation (forest denudation and fragmentation) is a leading cause of habitat destruction that negatively impacts biodiversity on an exponential scale. Poorly controlled logging and mining activities have created mostly irreparable damage to forest cover, affecting the diverse assemblages of flora and fauna that inhabit those primary forest territories. Findings stated in the DENR-FMB’s (Department of Environment and Natural Resources-Forest Management Bureau) 2011 Philippine Forest Statistics establish that only about 24% remains of the country’s forest cover, with lows falling as badly as 20% in the late 1990s. Regardless of the slight improvement over the past decade, these numbers still illustrate a severe drop from 70% at the start of the 20th century.

Through the years, conversion of land for residential and commercial use has also contributed the same effects in lower-lying habitats.

In like manner, marine habitats such as coral reefs are being destroyed by way of irresponsible and unsustainable fishing and aquaculture is harming marine habitats ecosystems all over the country. Notable examples of these are dynamite and poison-dependent fishing practices that are still being practiced to this day, as well as more recent developments such as black sand mining in the northern Philippines. As a result, the Philippine coral reef system is down to 5% in terms of being in excellent condition, as over 32% are already severely damaged. The World Resources Institute more recently (July 2013) reports that 85% of the reefs in the Coral Triangle (the region covering countries such as the Philippines, Malaysia, Indonesia, et al.) are threatened, shadowing the global average which stands at 60%.

Exploitation of Natural Resources and Wildlife

One more horrifyingly deliberate cause of biodiversity loss is the participation in the extraction and exploitation of natural resources, including wildlife itself, for economic purposes. What started out as mere “subsistence hunting and gathering” among traditional societies have been exacerbated into far less sustainable practices upon the advancement of international economic relationships.

Perhaps even more worrying is the fact that this happens both within legal bounds as well as beyond them.

Mining and forestry – leading contributors to habitat destruction, as described above – is also an example of exploitative utilization of resources. Meanwhile, when it comes to wildlife, the demand for “exotic” plants and animals, for example, perpetuates the species decline crisis.

Many critically endangered species today, both on land and at sea, have over-exploitative and misguided hunting and practices to blame for their current plight. It’s important to note “misguided” in this argument, because much of wildlife trade today is driven by demand for certain animal parts that are used for byproducts that promise unproven or non-scientific benefits. Take, for instance, rhinoceros horns and shark fins.

Beyond such inappropriate hunting practices, unsustainable means of natural resource gathering are also a legitimate concern. The state of aquatic resources illustrates this effect very well, as over-fishing and use of unsound fishing equipment (trawl nets, dynamite, cyanide, et al.) have contributed to a widespread fish stock depletion in many areas around the world. Coral mining is likewise an unsustainable resource-gathering practice, and equates with habitat destruction for numerous marine species.

Whether sold directly or used as food, raw materials for various types of manufactured products, and captive exhibition, the unsound exploitation of natural resources and wildlife unequivocally irresponsible and unsustainable. Unfortunately, a large fraction of the public is unaware of the ecological impact of this line of trade, and are thus still drawn to their unique appeal.

Foreign and exotic species can also drive native inhabitants to extinction, in the event that the former are able to successfully adapt within the new habitat. Not all foreign species are built to adapt to new territories, so those that are able to must have a distinct, innate resistance and resilience to unfamiliar and often adverse living conditions. These advantages are often what make them problematic, from the perspective of the native species, particularly if the latter have had no prior history of – and thus no survival mechanism against – having predators or direct competition to primary resources such as food.

In the rare event that both native and exotic species (of closely related taxa) manage to coexist and eventually cross-breed, the resulting hybridization still does not favor the native species due to the decline in its genetic integrity.

Species invasion does occur naturally, but human (economic) factors, such as an interest in enhancing food production can result in either intentional or inadvertent spread of new, invasive species. Also, habitat destruction figures largely in the equation, as some displaced species are forced to move towards new, often already inhabited territories.

Waste products and pollution are, of course, also very influential contributing factors to the decline in biodiversity numbers. The IUCN has identified pollution in all forms – solid, liquid, and gaseous – are critical threats to the survival of avian (12%), amphibian (29%), and mammalian (4%) species.

It’s not hard to imagine that this is further worsened by the continued growth of human populations. Naturally, as population numbers grow, so does the amount of waste material generated. Solid waste, particularly non-biodegradable plastics, always draws the most attention – and for good reason: people are able to tangibly suffer the consequences of its mismanagement as much as wildlife does. For instance, accumulated solid waste continues to add to the worsening flooding problems in the Philippines, affecting and harming the day-to-day operations of urban and rural areas alike. Meanwhile, solid waste that make it all the way to open water systems put marine life in constant danger. Large marine animals such as cetaceans and sea turtles may ingest plastic bags, mistaking them for jellyfish, and eventually suffer a slow and painful demise.

Chemical pollution is another prevalent issue that contributes to biodiversity loss in the Philippines. This occurs mostly in the form of organochlorines, which are used for agriculture and pest control. Despite being long banned across many countries, the impacts of its use from the past are still being felt today, as residual by-products can be found in animal tissues. This poses an ecological risk, especially among predatory species, in which accumulation of the residue to lethal amounts may occur through the process called biomagnification.

The presently observed significant upward trend in global atmospheric temperature is heavily influenced and expedited by the release of harmful substances into the atmosphere as a byproduct of day-to-day human activity. Likewise, human-caused damage to forest cover plays a big role, as nature’s built-in buffers against harmful greenhouse gases are gradually being neutralized.

Climate change is causing direct and indirect effects on life in both terrestrial and aquatic territories. Take for example the evolving weather patterns that are influencing the growth and behavior of many land-based plants and animals, not to mention causing more frequent instances of extreme weather such as typhoons and heat waves that tend to harm, if not outright destroy, food supplies. Meanwhile, the oceans are being subjected to acidification and warming, while the rapid melting of permafrost and arctic ice is causing global sea levels to rise and endanger low-lying coastal habitats of wildlife and human communities alike.